A Glimpse of Light 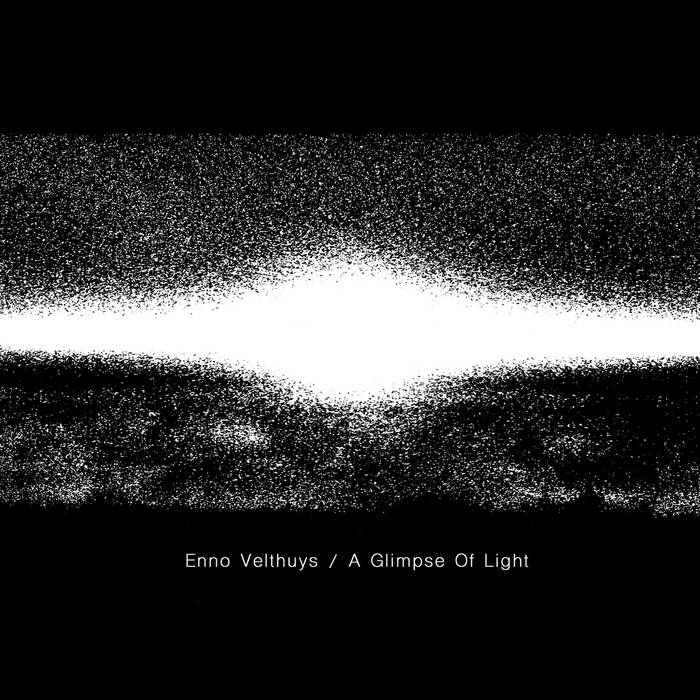 The 2019 Stroom〰 split EP with Hessel Veldman marked the long-awaited vinyl debut of Enno Velthuys and served as a teaser for a reissue campaign of his work, shared between different labels. Finally!

In 1984 Velthuys released his classic tape ‘A Glimpse of Light’ on EXART, the label of Veldman, who stayed in close contact with Enno after hearing one of his private tapes being played on the radio by Willem de Ridder in 1980. During a live-broadcast event random tapes were played. “From Enno Velthuys, The Hague”, was written on the package. Willem introduced the tape, played it and a serene silence filled the studio. Present was a friend of De Ridder, Rob Smit, who visited Enno and his mother a few weeks later. This eventually resulted in Enno’s first release ‘Ontmoeting’ on KUBUS Kassettes in 1982. In those years, Enno was living a solitary life and rarely left his mother’s apartment. He managed to release 6 tapes of introvert, melancholic music from another dimension. Atmospheric melodies backed with sparse percussion, showing an excellent handling of the synthesizer.

The gifted musician with two souls silently passed away in 2009. Now we present, with involvement of the few once close to him, the first reissue of probably his most beloved work. Using the original master tape from the EXART vaults, carefully transferred, edited and remastered. Just Enno with his stripped-down compositions and fragile ambient sounds. An intimate experience celebrating bedroom-music and the glory days of do-it-yourself counterculture.